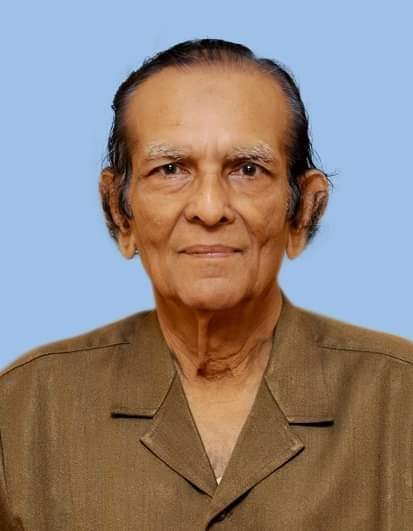 Our Chairman & Managing Director, Mr. Srinivas Vaman Kudva, passed away on Saturday night, the 29th August 2020 at his residence in Mangalore

Mr. Srinivas V. Kudva after graduating in B.Sc (Chemistry) from Mysore University, went to the U.S.A. and secured M.S. degree in Metallurgical Engineering from Le-High University.

He was the Founder Director of All India Automobile Ancillary Association and also Metal Scrap Trading Corporation (MSTC).

He was nominated by the Government as Founder President of Kanara Stock Exchange for a period of 3 years.

He was the patron of Vijaya College, Mulky and served as the Trustee and as a member of the governing council of the College.

He is a versatile orator and can deliver a speech both in English & Kannada extempore.

He is survived by his wife, two sons and two daughters.